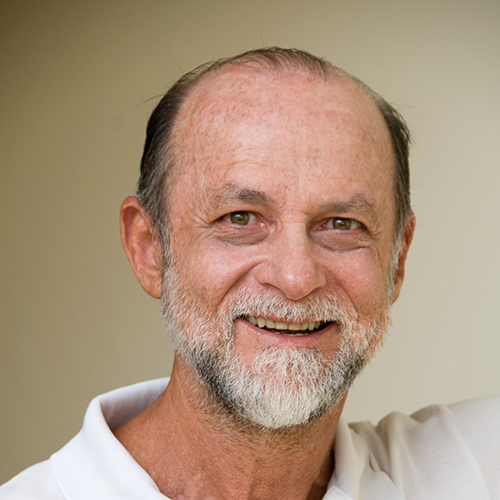 Pedro Prado, PhD , of Sao Paulo, Brazil, graduated in clinical psychology, with a neo-reichian, somatic orientation, in 1971. He worked in private practice as clinical psychologist and also taught at the Catholic University of Sao Paolo as professor of Somatic Psychology.

In 1981, Pedro became the first Certified Rolfer (Structural Integration) in Brazil and was a founding member of Brazil’s regional Rolfing association, Associação Brasileira de Rolfing (ABR). He has been an Advanced Rolfing and Rolf Movement Instructor for the Rolf Institute, in Boulder Colorado, where he has been teaching since 1991. In 2006 Pedro completed his doctorate in Psychosomatics.

In 2000, the Brazilian Association of Rolfers brought Peter Levine, also a Rolfer, to Brazil where he began teaching the Brazilian community. Here Pedro was able to further his investigation into the somatic dimension of the psyche. He incorporated SE into his practice and in 2005 became an accredited Instructor for The Somatic Experiencing Trauma Institute. (SETI). He is now one of the few Advanced Instructors for FHE ( Foundation for Human Enrichment ). He has been teaching in Europe, Asia, Central and South America.

Pedro’s special contributions to teaching have centered on awareness of the psychobiological perspectives of the therapy,